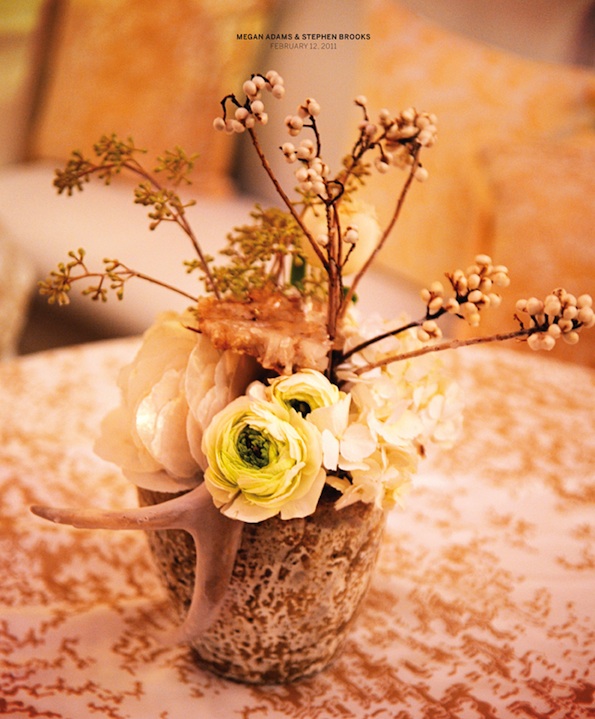 Stephen “Beau” Brooks and Megan Adams met as teenagers at Highland Park High School. After taking a break for college, they reunited and married February 12, 2011. Megan had a very clear idea of what she wanted right from the beginning. “I wanted a romantic wedding and also wanted to include special parts of us, things that were personalized,” she says. She originally hoped to hold the reception at her parents’ house but settled on Arlington Hall at Lee Park because it has the look and feel of someone’s elegant home and could accommodate the couple’s 300 guests.

She brought in Junior Villanueva of The Garden Gate and Nelson Robinson of DFW Events to design the space. Working off a simple color scheme of crisp white and creamy beige, the designers set about giving Megan an unusual design that combined soft and hard materials and symbolically brought together bride and groom.

The jumping-off point was easy: Megan is a textile designer (meganadamsdesigns.com) who graduated with a master’s in fine arts from the University of North Texas, and she wanted to use her latest fabric designs, inspired by coral, liberally in her wedding. Beau is an avid hunter, and “Nelson had the really cool idea of doing wax sculptures that included antlers and pieces of coral,” Megan says.

“I’m not a huge floral person, so I didn’t do tons of flowers,” she says. Instead Villanueva and Robinson created layers of visual interest using Megan’s fabrics for texture, with a minimum of white blooms combined with deer antlers and different types of coral in an assortment of pots as decor and table centerpieces.

Her fabric designs were used on the wedding invitation liners. They were used for the bridesmaids’ clutches and the flower girls’ sashes. All of the ribbon—around some of the vases, for example—had Megan’s pattern on it, and her fabrics were used for all the throw pillows for the reception furnishings, as table overlays, and on lampshades. Even the seven-tier wedding cake incorporated the lacy pattern.

The overall effect was exquisite, and it was a beautiful evening that didn’t end until almost midnight, Megan recalls—the perfect way to weave their lives together. 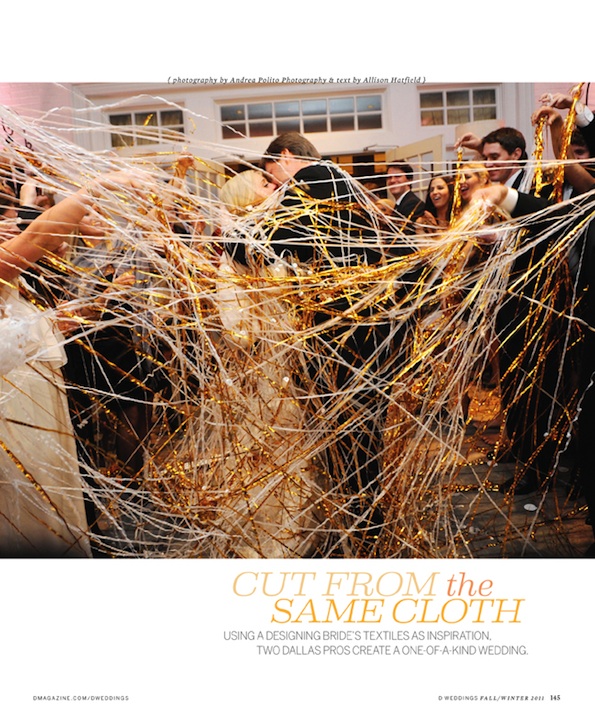 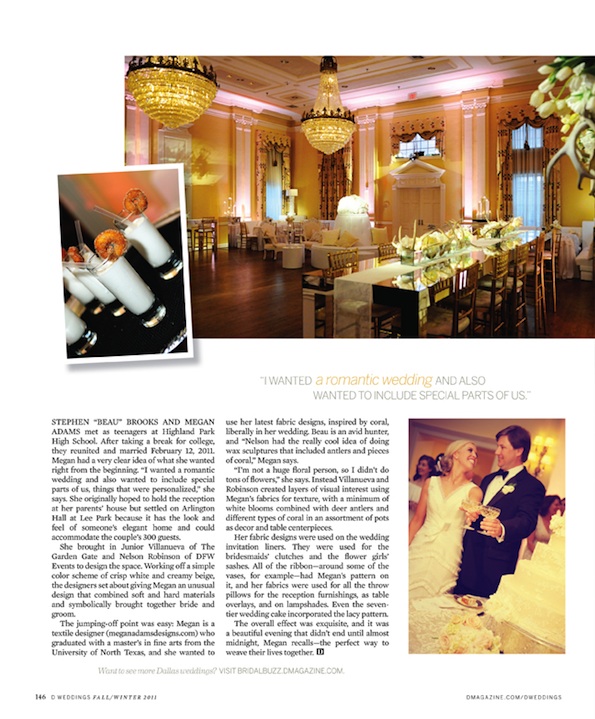 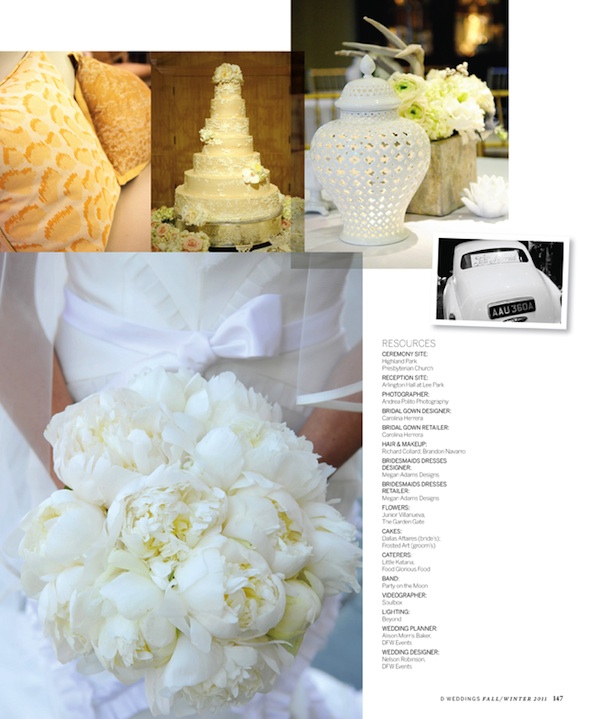